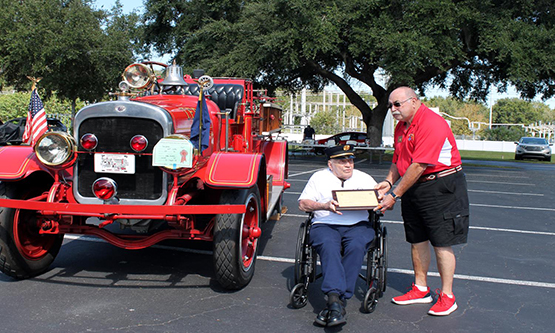 To celebrate Fire Prevention Week, Zephyrhills Lodge held a fundraiser Oct. 18 for Zephyrhills Fire Rescue. Nearly half the department is made up of volunteer members. The department works three 48-hour shifts and could not function without their volunteers. Susan Slater, lodge events planning chairman, coordinated the event which included 50/50 raffles, food sales and children’s games with toy prizes for the winners. The Florida Antique Bucket Brigade (FABB) was there including Mike Morris, who attended his rookie training for Tampa Fire Department in 1952 on the 1925 Seagrave pumper which he displayed proudly. He now owns the pumper and restored it to its original condition. PER David Moyer presented Morris with a certificate honoring him as the first president of the FABB in 1977. Also on display were the 1914 American LaFrance and the 1934 Ahrens Fox pumper along with others from the 1950s; all now belong to other FABB members. In attendance were the Zephyrhills and the Pasco County fire rescues. The event raised $450 which was presented to lodge member Blake Donaldson of Zephyrhills Fire Rescue Nov. 5 at a lodge meeting. 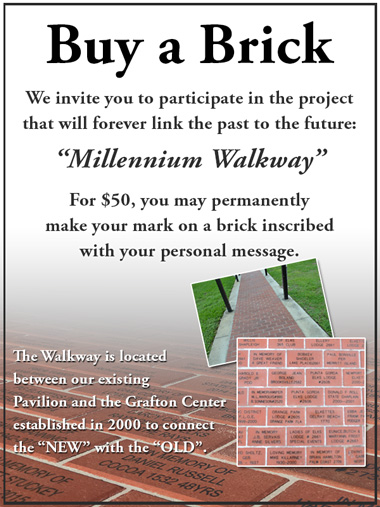