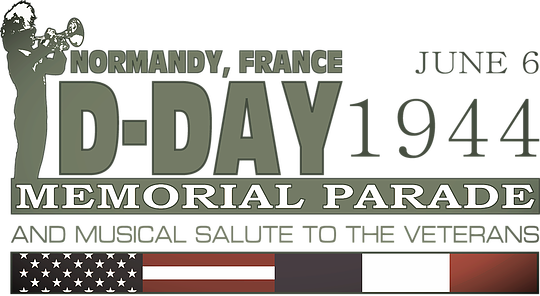 You can decide to extend the trip on your own and let us coordinate your airfare.  You can also choose to fly out of another city on your own and meet us at the Charles De Gaule Airport at 8:15AM.

Balance due on April 15 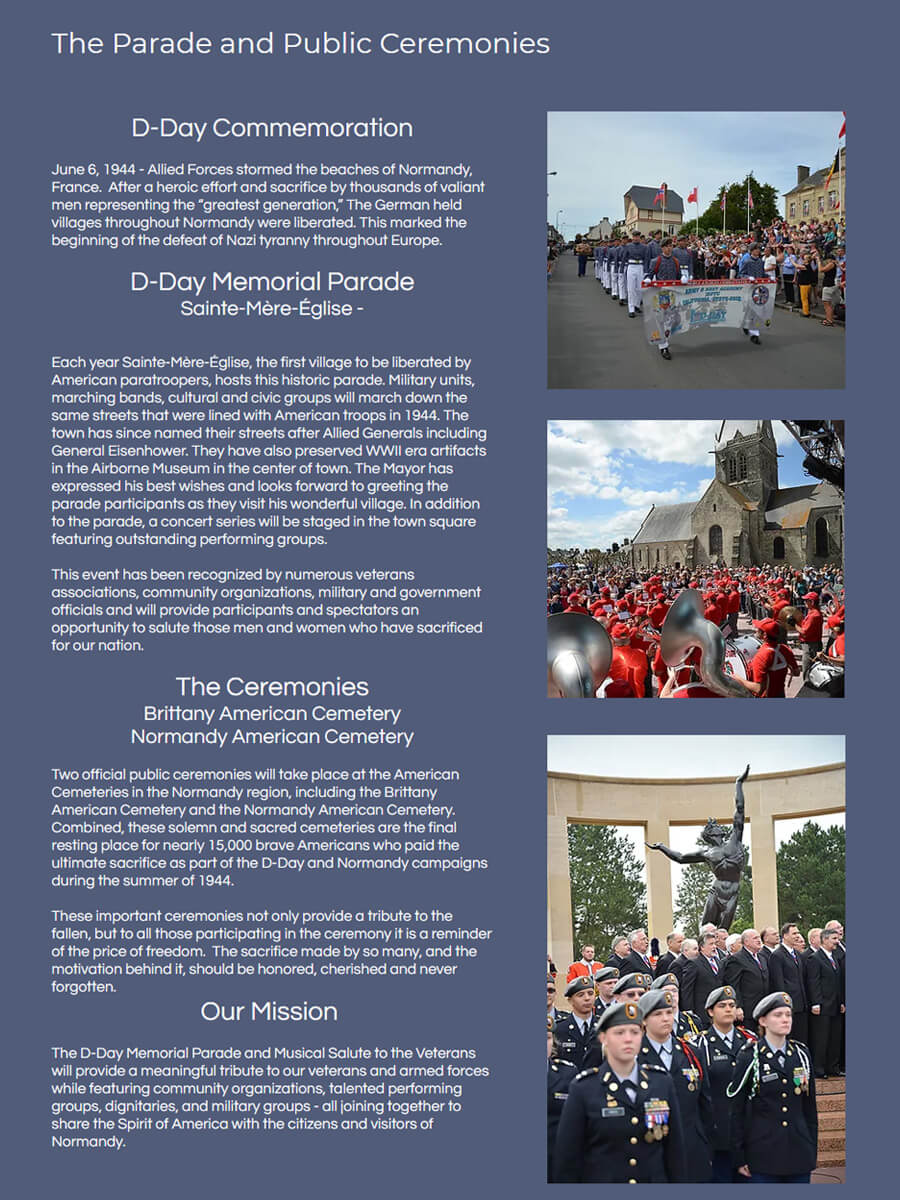 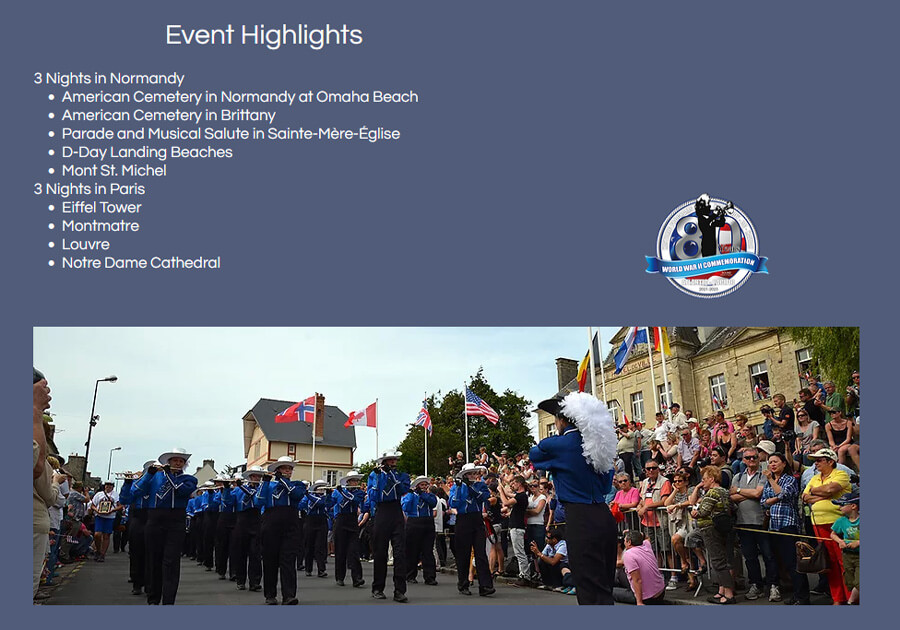 In the words of one participating director:
"The D-Day Memorial Parade and Musical Salute to the Veterans is the most truly meaningful and educationally enriching experience my band has had in twenty years of teaching"

I wasn't sure if I should have gone on the trip because I'm not one for crowds or fanfare. I soon realized that my decision to attend was the right one. As a Vietnam vet, I didn't get the parade when I came home. Actually, no one cared but my father. I was called "baby killer" and had a hard time adjusting. I was determined that I would not wind up on the street and retired after 33 years with General Dynamics building the best submarines in the world for the best Navy in the world.

If I'm not leading by example, then I'm not doing the right thing, and I want to always do the right thing...Teamwork is what makes common people capable of uncommon results.

Participating in the 70th Anniversary of D Day festivities was a highlight of our lives! Touring the battlefield sites, paying homage in the cemeteries, and walking in same steps as the heroes we saw in Band Of Brothers, Saving Private Ryan, and The Longest Day brought what we saw in movies and read in books alive. Marching and representing the Elks in the D Day Parade made us very proud to be Elks and most proud to be Americans! With much anticipation, we look forward to being part of history as we participate in the 75th Anniversary of D Day

I will never forget the elderly French women in wheelchairs standing up and hugging us as we marched by in the parade yelling out “Americans, we love you! Thank you, Americans” in heavily accented English.

The entire experience made me appreciate being an American. It was the most awesome, proud moment of my life!