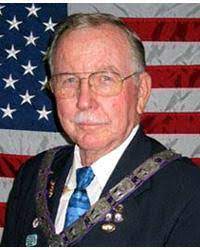 Raleigh W. Whiteman, Jr., was born in Mansfield, Ohio February 9, 1935 to Raleigh William and Ada Belle Whiteman. They moved to Chattanooga, Tennessee in 1939 where he grew up and graduated from Central High School in 1953. He attended the University of Maryland and after serving in the U. S. Air Force from 1954-1956, attended the University of Chattanooga to finish one year of college.

He worked with the Federal Government for 32 years as an air traffic controller in the control towers of Tulsa, OK, Palm Beach, FL., Daytona Beach, FL, Opa Locka, FL and Key West, FL as the tower chief. He retired in 1987 to the Smokey Mountains of east Tennessee for three years. In 1990 he moved to Lake Placid, FL where he acquired a position of staff photographer with the Sebring News Sun newspaper. He later took on additional work as a weekly columnist. He wrote a weekly column for the Tampa Tribune’s Highlands Today Newspaper for several years. He gained experience while working with the newspaper with editing and layout of the paper.

In 1995, David Vergason, the FSEA state president asked Whiteman if he was interested in taking on the job of being the editor of the Florida Elks News because the then editor, Harold Darmer, was in ill health and had recommended him for the job. He advised Vergason he was interested but wanted to serve as Exalted Ruler before taking it on full time. Darmer continued on as the editor for a year with Whiteman doing the collection of the news and layout until Darmer passed away.

Whiteman has been involved with newspapers since he was eight years old. He first carted hundreds of pounds of paper to the paper mill getting a penny a pound. As a newsboy he sold papers on the street corner in Chattanooga, then stuffed comics in the Sunday paper, and eventually moved up to paper boy with 200 customers. Gaining an interest in photography over the years, he has won several awards and worked as a photographer in Daytona Beach with the Orlando Sentinel.

Raleigh and his wife, Joya, a Past Lady President of the Lake Placid Ladies of Elks, have been married for 34 years and have six grown children living in Dallas, Tulsa, Kansas City, Oklahoma City, Sebring and Harrisburg PA. They have 14 grandchildren and 5 great grandchildren. Because of their many visitations and required meetings with the Elks, they have limited their pets to ten goldfish in their back yard garden pond.