We regret to report the passing of Elmer “Smitty” Messerschmidt, PDD. Smitty was from Brandon Lodge having served as DDGER in 1998/99. His wife is Beverly Messerschmidt a past state president (2008) of FLOE. He was 77. An Elks Memorial Service is scheduled for 1:00 PM on Friday, October 16th at the Brandon Elks Lodge. The family asks that in lieu of flowers, please make donations to the Harry-Anna Trust Fund.

We are saddened to learn of the passing of Past State President, Frank Hayes this morning.

Frank was a member of Crestview Lodge # 2624 in the Northwest District. Frank was State President of the Florida State Elks Association in 2011-12.

Frank will be dearly missed!

Arrangements have not yet been announced.

It is our sad duty to report the passing of Sarasota South Lodge #2495, Phil Albarano, PER.

It is with the heaviest of hearts that we inform you of the passing today of Joseph B. Bryant, a Past State Treasurer of the Florida State Elks Association. Joe was a member of the Sebring Lodge # 1529 and was a Past District Deputy in 1979/80. Joe served the FSEA as the State Treasurer for 33 years going emeritus in 2018. Joe’s wife Nancy Faye is a Past State President of the Florida Ladies of Elks.

Joe will be dearly missed as he was a friend to everyone, a mentor to many and even a father-figure to a few!

The services will begin with a viewing at 10:00 AM, the Elks service at 11:00 AM performed by the officers of the Sebring Elks Lodge and a church service immediately thereafter. This will be followed by a military burial at the Bougainvillea Cemetery located at 591 US Highway 27 N. in Avon Park.

Lunch will be served at the Sebring Elks Lodge located at 2618 Kenilworth Blvd., Sebring, FL  33870 after the cemetery.

Arrangements are being handled by the Stephenson-Nelson Funeral Home, Sebring/Avon Park.

It is our sad duty to report the passing of Inverness Lodge #2522, Bob Holt, PER. 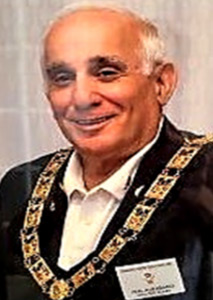 "First please let me say thank you for your support and prayers during this unbelievable journey. I could not have made it through without all of you.

Mr. Phil passed away at 4:55 a.m. this morning. There were tow nurses in the room with hium an they were praying the rosary. This is all very comforting to us. knowing that he did not pass away away alone.

Yesterday we did Facetime with two nurses in POhil's room, our son and daughter-n-law Rob and Tatsiana from Mew Jersay and our daughter Renee was with me at the house. We talked for about 40 minutes and told Phil that we all loved him and wanted him to be at peace. ROb toasted him with his favorite glass of scotch and Renee reminded him that Happy Hour starts at 4:30p.m. in heaven!

Thank you again for all your support and prayers. 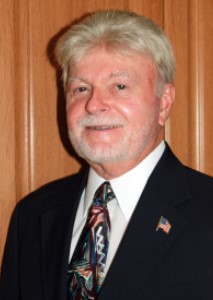 We were saddened yesterday to learn of the passing of W. Dennis Osborn, PDD of Brandon Lodge#2383.Dennis was Southwest Central District Vice President in 2012/13 and served as District Deputy Grand Exalted Ruler in 2013/14. Dennis has also been a member of the Florida State Elks Association Business Practices Committee since 2014.
Dennis lost his wife of 37 years, Viola, in December of 2018.
Dennis had many friends and he will be sorely missed.
Services for Dennis will be held at the Brandon Elks Lodge on Friday, September 27, 2019 at 11:00 a.m. preceded by visitation at 10:00 a.m.
The lodge is located at:
800 Centennial Lodge Drive
Brandon, FL 33510It is with a heavy heart that we announce the passing of Lois J. Harmes of Sarasota South Lodge # 2495. Lois was the special friend of Lawrence “Larry” Hildebrand also a member of Sarasota South Elks Lodge.

Arrangements have not been released at this time.

It's our sad duty to report the passing of Mrs Jacqueline DiCosmo, Mother of Denise Smith, Exalted Ruler of the South Lake Lodge and the Mother-in-Law of Russell Smith, PER, North Central District Vice President.

Our thoughts and prayers are with Denise and Russ and their family.

It is with a sad heart that we inform our members the passing of Joan Fritz, FLOE PSP from Port Orange Lodge #2723. Please keep her family in your prayers.

Dear fellow Elks, Friends of Elks and Neighbors,
It is with a heavy heart that The Naples Elks announce the sudden and unexpected passing of our Exalted Ruler Sherry Hensley.

It is with great sadness that we announce the passing of Delray Beach Past Exalted Ruler, Michael Rodriguez. Mike passed away this morning in Delray Medical Center ending his battle with cancer.

We were advised this morning that PER Joe Slatton, St. Petersburg Lodge #1224, passed after a long battle beginning with prostate cancer that spread through his body.  Joe recently was sent home from Bill Young VAVS (Bay Pines) Medical Center for home Hospice Care.  Joe was surrounded by his loving family, great friend, PER Judy Schmickle, and his two dogs when he died. 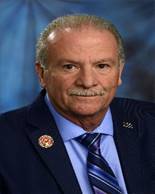 We regret to inform you of the passing of District Vice President Sal Lentine. Sal was the Vice President of the Southeast Central District and was a member of Port St. Lucie Elks Lodge #2658. Sal had been hospitalized as of late with serious heart complications. Just this week we were notified of Sal’s inability to continue as District VP and Tom Carns was appointed as interim DVP. Sal was also the State Chairman of the Community Projects & Activities Committee.

Arrangements as well as next of kin contacts are pending.

He graduated from L.I.C. High School in Queens, N.Y., in 1971 and attended the NYPD Police Academy for six months in 1982 studying law, police science and social science.

Lentine worked in the automotive field for 10 years before joining the NYPD in January 1982 as a police officer. He was a first responder to 911 and retired as a detective in February 2002.

In 2006, Lentine became a member of Port St. Lucie Elks Lodge #2658. He had been a snowbird for two years prior to moving to Florida and met a few Elks in a golf league. They would take him to whatever lodge was near the golf course as a guest for lunch. Once he moved to Florida permanently, a friend of his from New Jersey who was an Elk for many years sponsored him and also demitted to Port St. Lucie Lodge.

He has served as Leading Knight and Exalted Ruler and has been a volunteer cook, bartender and assistant bar manager. He served on the House Committee and as a trustee before becoming chairman of both. He is a member of the state First Responders of the Year Award Committee. He was District Chairman of Lodge Activities and Vice Chairman of Community Projects & Activities.

In addition to the Elks, Lentine is a third-degree knight of the Knights of Columbus and a member of the Sons of the American Legion. He enjoys shooting sporting clays and spending time with family and friends.

Lentine has a daughter, Cheryl, and a son, Robert. Both live in New York.

We regret to inform you that Roy Markham, PDDGER passed away this morning. Roy was a very active Elk at Lake City Lodge #893 and he will be missed by many.

He and his wife Eleanor ( his first wife) were dedicated to supporting the State and National Elks.

We regret to inform you of the passing of Brother Tom Ryan.

A visitation and service will be held on Saturday, July 6th at:

The interment will be at 12 Noon at:

A Celebration of Tom’s life will be held beginning at 1:30 pm at:

In lieu of flowers, a scholarship fund has been set up in Tom’s name at Eckerd College.

In lieu of flowers, donations can be made in Vincent's memory to:

It is with the greatest of sadness that I deliver to you today the heartbreaking news of the death of a great Elk and friend, Val Bates. Val died peacefully at home this afternoon surrounded by his close family and his loving wife Claudia. On behalf of all the Elks of Florida we send out to Claudia and the family, our most heartfelt condolences and sympathy.

It is our sad duty to report the passing of our good member Past District Deputy Grand Exalted Ruler Lemieul “Lee” Bennett, Sr.  Lee passed away on January 21st, 2019.  Eulogy was held during our regular scheduled meeting of January 22, 2019.

Lee was an Elk member for over 36 years.  He was initiated in 1982 and quickly expressed an interest in serving Elkdom and his lodge.  He served as Inner Guard, Chaplain, Esquire, Loyal Knight, Leading Knight, Exalted Ruler and 4 years as a Trustee.  During 1992 he served as the North District Vice-President representing the Florida States Elks Association and in 1993 he was the North District Deputy Grand Exalted Ruler.  His contribution through the years are greatly appreciated and he will be missed.

Lee was a very much respected member of our community serving as a member or officer of more than one civic organization and most importantly as the Chairman of the local Chamber of Commerce.

He cared about his family, his community, our Veterans, our youth….Rest in Peace … “to our absent member”