Recently, I was appointed Historical Commemorative Projects Liaison. One of the biggest programs we are supporting is the Florida State Elks Association partnership with Historic Programs. Our partnership recognizes and celebrates historical moments in the history of our nation helping to ensure that the sacrifices made by many in our nation are never forgotten and that they are passed on to future generations of Americans. This partnership is a living example supporting our Elks Motto “So long as there are veterans, the Benevolent and Protective Order of Elks will never forget them.”

A celebration to honor Korean War Veterans and the 50th Anniversary of the Vietnam War took place November 9-11, 2017 in Washington, DC. Below is a photo of Dennis "Ozy" Kroll, a Vietnam vet who attended the Parade of Hereos in Washington. Dennis proudly represented Florida Keys Elks Lodge #1872. 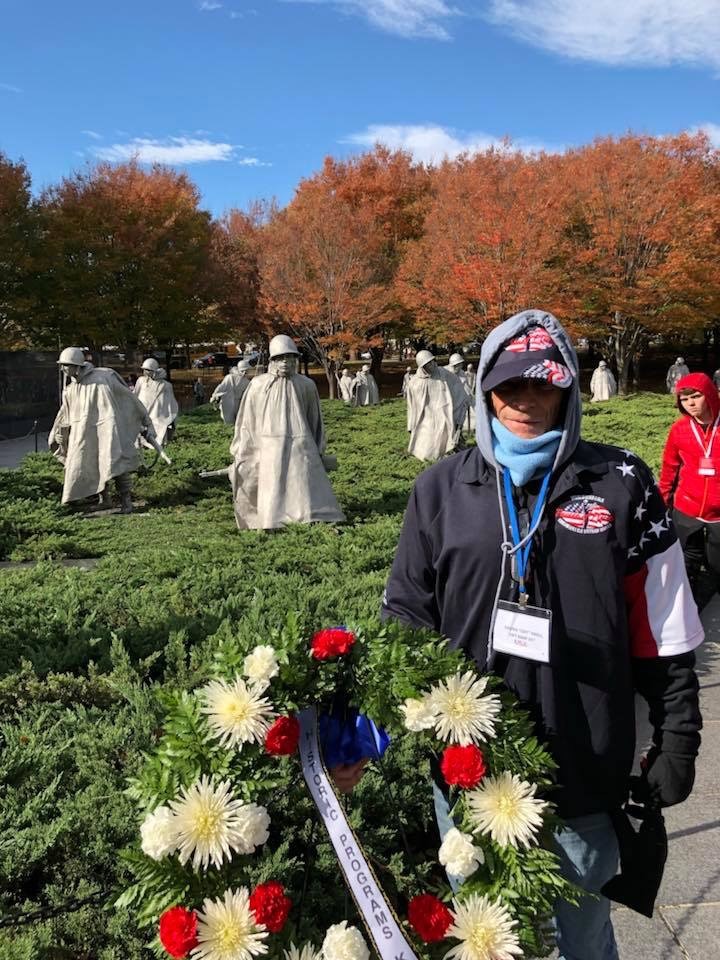