Parade of Heroes is an annual event held in Washington DC on Veterans Day week.

Parade of Heroes is an annual event held in Washington DC on Veterans Day week.

This event features oustanding bands, choirs and JROTC cadets from around the country in a special tribute to our Veterans at the WWII, Korean War, and Vietnam War memorials.

Register below for the 2022 Parade of Heroes.

The Parade of Heroes is a major step to help mend the wounds suffered during and after the Vietnam war.

I wasn't sure if I should have gone on the trip because I'm not one for crowds or fanfare. I soon realized that my decision to attend was the right one. As a Vietnam vet, I didn't get the parade when I came home. Actually, no one cared but my father. I was called "baby killer" and had a hard time adjusting. I was determined that I would not wind up on the street and retired after 33 years with General Dynamics building the best submarines in the world for the best Navy in the world.

If I'm not leading by example, then I'm not doing the right thing, and I want to always do the right thing...Teamwork is what makes common people capable of uncommon results. 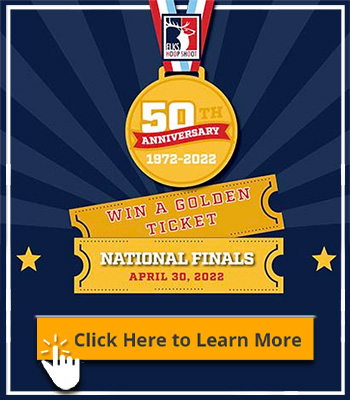