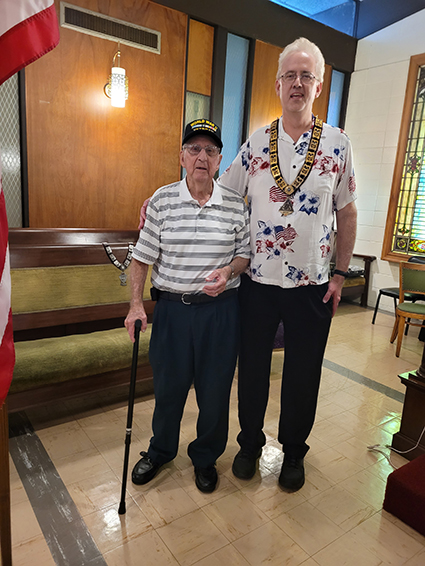 On June 14, Tallahassee Elks Lodge held its Flag Day ceremony, which was open to the public. Bryce Thornton, on the left, is pictured with Jeff Dorband, Exalted Ruler. Thornton was the guest speaker and spoke about the importance and symbolism of the flag to him as a World War II veteran. He added that it was 79 years ago June 14 that he joined the Army. He is now 97 years old, is a 44-year lodge member and has been a life member since October 2009. 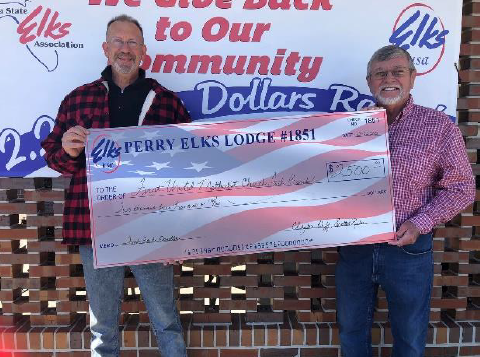 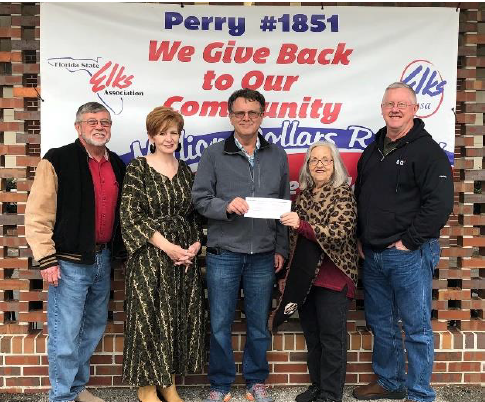 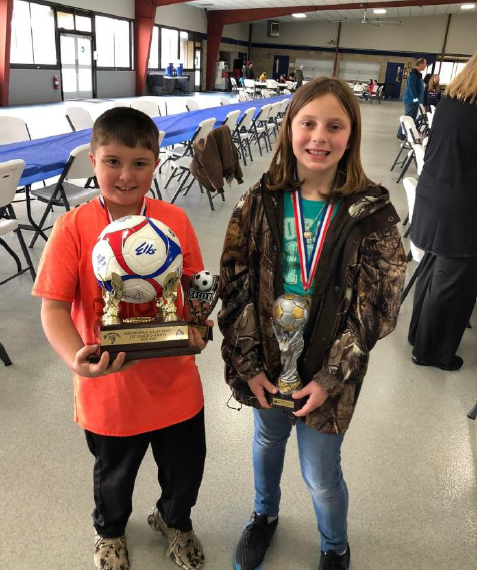 Perry Elks Lodge #1851 sponsored two participants in the State and Southeast Regional Soccer Shoots held at the Florida Elks Youth Camp Jan. 8 and Jan. 22-23. Ada Weatherly won first place in the state contest for girls under 10 and Harper Taylor won first place in the state and regional contests for boys under 8. Harper advanced to the national contest.

Pictured are Harper Taylor and Ada Weatherly at the camp with their trophies. 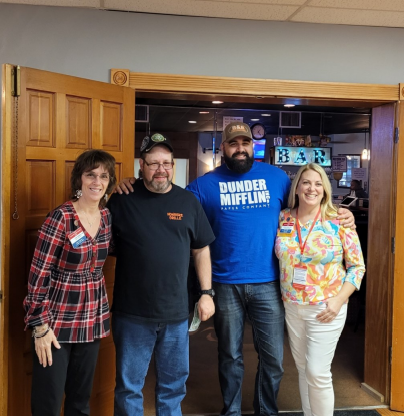 The lodges of the North District — Live Oak #1165, Tallahassee #937, Perry #1851 and Lake City #893 — sponsored a district cornhole tournament during the State President visit with more than 100 members in attendance Jan. 15 at Lake City Lodge. Cornhole champions, John Dill, PDD of Live Oak Lodge and Andy Buergo of Lake City Lodge donated their winnings to the Harry-Anna Fund along with the other funds raised from the tournament, totaling over $850. 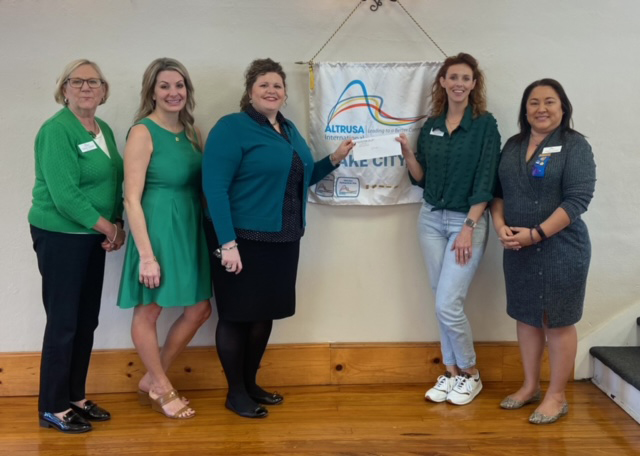 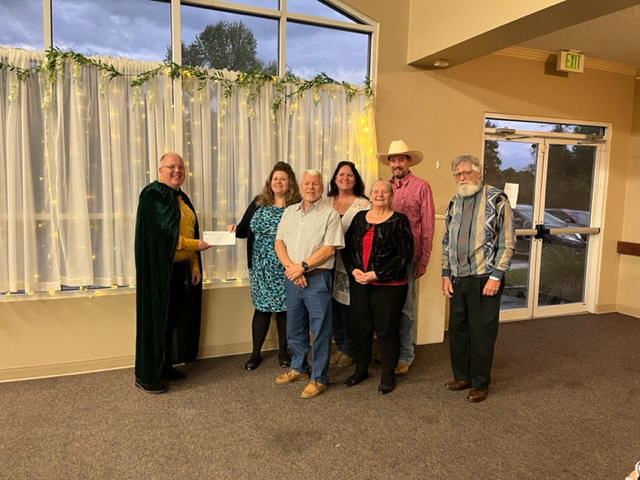 Lake City Elks Lodge #893 donated $2,750 each from its Elks National Foundation Beacon Grant to two organizations that provide food relief assistance for seniors and children. Columbia County Senior Services (CCSS) serves the aging population of 60+ in Columbia County with home and community-based services. Their mission is to assist these adults in maintaining their physical, mental, emotional and nutritional health needs. Backpacks For Kids is an ongoing partnership with the local chapter of Altrusa International and local elementary schools. The program provides backpacks with food for local children for the weekend. Guidance counselors in elementary schools identify students who are in need or living below poverty level. The backpacks provide the children with nonperishable, easy-to-open foods for their weekend, as most would go without food while at home due to increased financial hardships for families. Both organizations have experienced an increase in requests from those in need. Several lodge members volunteer weekly to pack and deliver the backpack food to schools.

On Dec. 18, Lake City Lodge and Halpatter Brewing Company co-hosted the fourth annual Santa Jam. This event raises funds and collects toys for the lodge’s annual Santa’s toy party for children. The event raises awareness of the party and has many community and lodge volunteers including local bands that perform. This year’s participating bands were Black River Harvesters, Wally Germany and Friends, Branford HWY and Clean Slate Band. The event raised nearly $1,100 for the Christmas party.

Lake City Lodge has held Santa’s toy party for children for 90 years. On Dec. 24, Santa met with more than 250 children and each child received at least one toy and a bicycle thanks to the generous support of the members and community, who raised over $6,000.

Also pictured are Delia Howe and Shelby Romine looking at a toy baby stroller in Santa’s toy shoppe during the party. 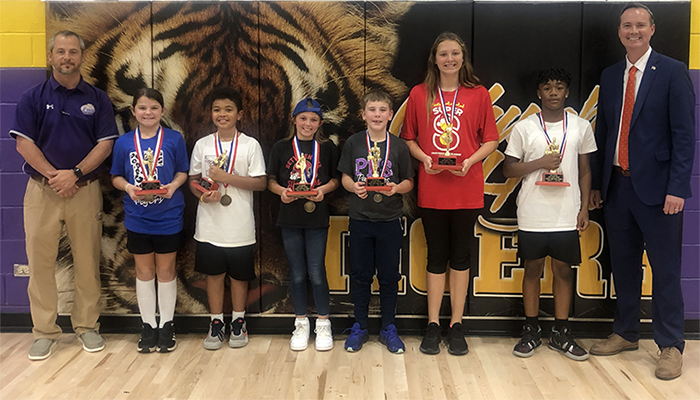 Lake City Lodge held its annual Hoop Shoot Dec. 14 at Columbia High School. Fifty local youth aged 8 to 13 participated in this free throw competition. All participants received medals and trophies were given to the winners. The winners from each age group advanced to the regional competition. Approximately 1,500 local youth participated at the school level. Thirteen lodge members volunteered. 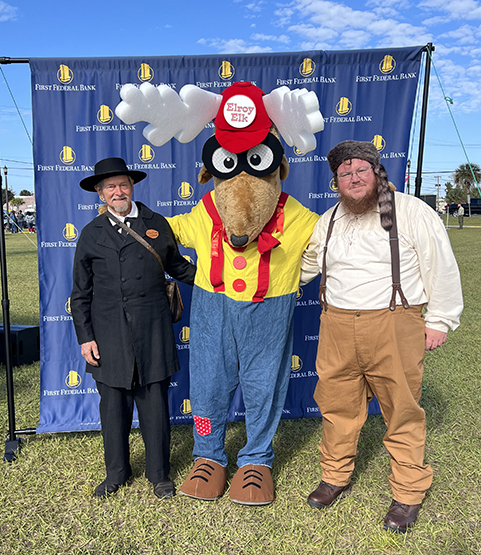 On Nov. 20, Lake City Elks Lodge #893 promoted its drug awareness program at Columbia County’s 200th anniversary Founders Day event. There were more than 1,000 children and families engaged in games and activities throughout the day, and Elroy the Elk was in attendance to greet the children. 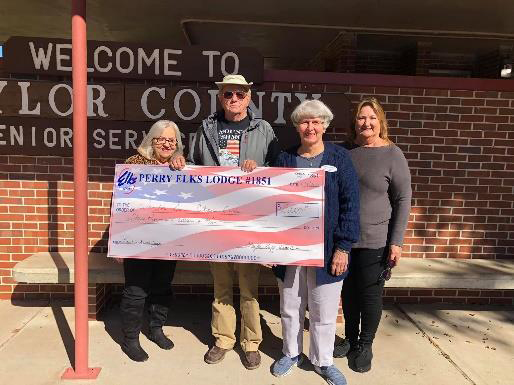 In early December, Perry Lodge donated $3,000 to the Taylor Senior Citizens Center (TSCC) to help in the replacement cost of their walk-in freezer. 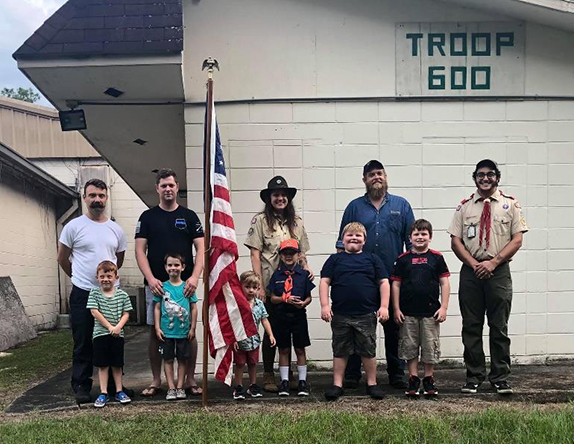 In October, Perry Elks Lodge #1851 began sponsoring “A New Beginning” Cub Scout Troop 603, which held its first meeting at the old Boy Scout Troop 600 facility in Perry, Florida. The lodge sponsors the facility for their meetings and offers financial support. 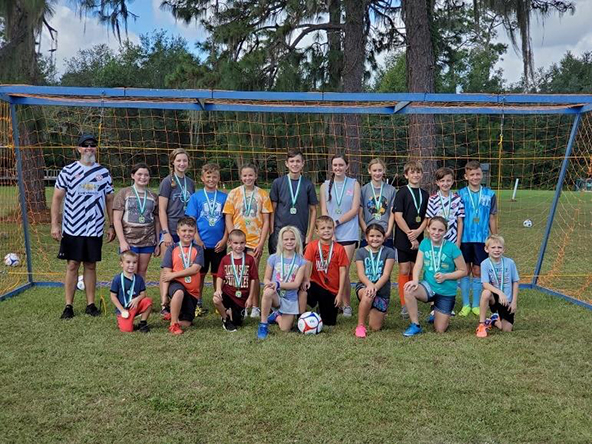 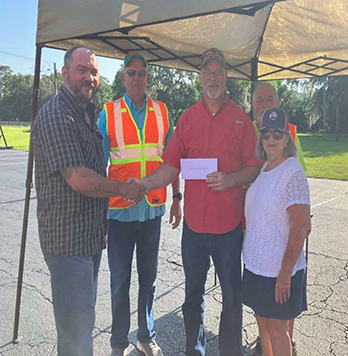