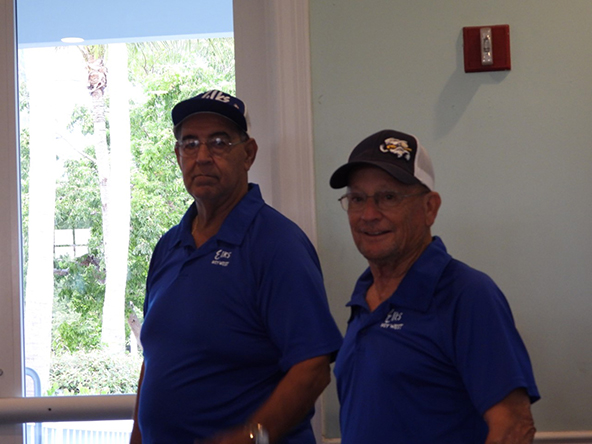 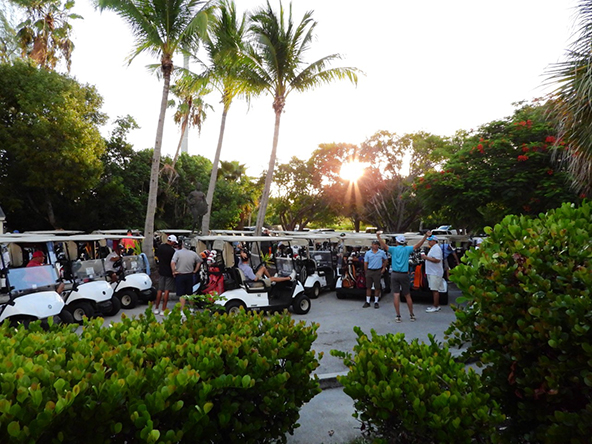 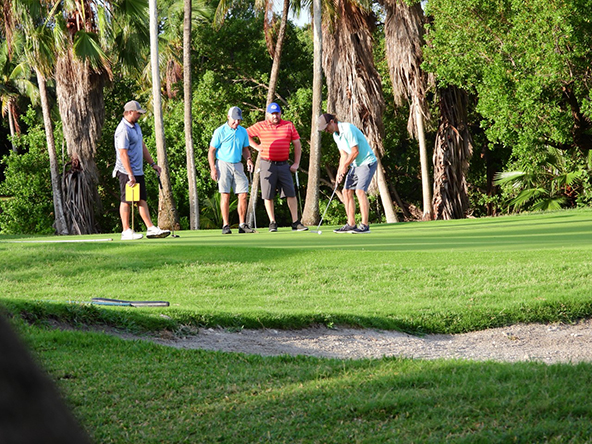 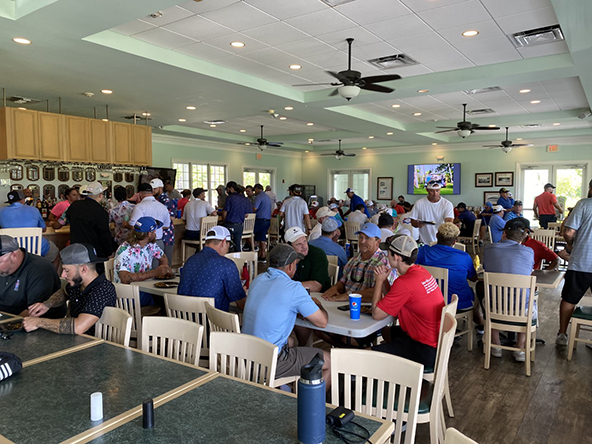 Key West Elks Lodge #551 held its first golf tournament at Key West Golf Course Aug. 7 and hosted 92 players. The event had 41 sponsors. The committee chairs were Fredy Varela, Lodge Esquire, and Dennis Wardlow, Leading Knight, and 11 other members assisted during the event. Prizes were given to the winners, which included lots of community participation. Hot dogs and refreshments during the event were donated by Centennial Bank and a buffet lunch was provided by El Siboney Restaurant. The tournament raised $12,000, which will be used to give back to the lodge's local charities. Since the event was such a success, the lodge has decided to continue it annually. 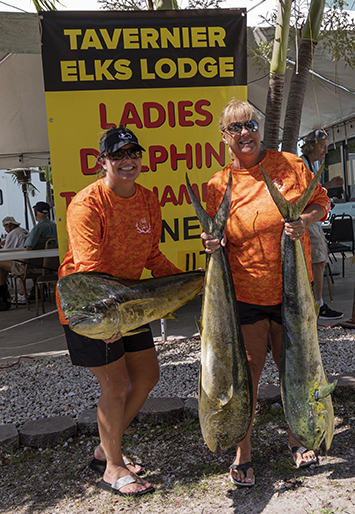 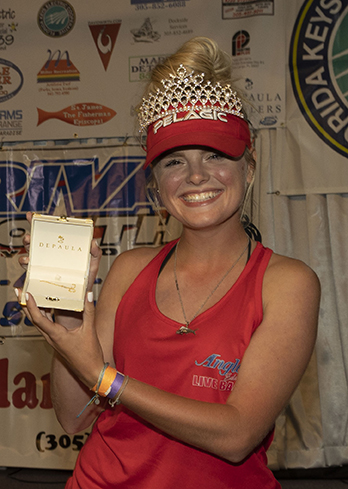 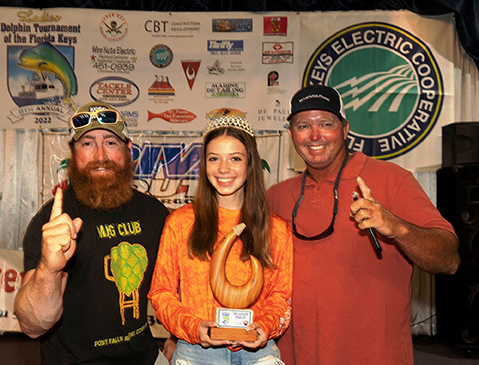 Florida Keys Elks Lodge #1872 held its eighth annual Ladies Dolphin Tournament June 10-11. More than 90 anglers from around the country participated. This event is the lodge's largest fundraiser of the year, with all proceeds going to various charities, including the Elks National Foundation, the Harry Anna Trust Fund and the Vets on the Water program. Thanks to the year-long promotions and the tremendous support from local sponsors in the Middle Keys, the lodge raised more than $30,000. The grand champions, No Tan Lines, won the top prize of $3,000 with a combined weight total of 65.4 pounds. The second place winners were Angler Eddy’s, who won $1,500 with 42.3 pounds. The third place team, Blue Heaven, won $1,000 with 30.4 pounds. Mia Diaz won $1,000 for the largest dolphin caught, at 25.8 pounds. Callie Diehl, 14-year-old from Lakeland, Florida, caught the largest dolphin by a junior angler, at l6.7 pounds. All winners were also awarded trophies and other prizes. This event takes many volunteers and a lot of hard work throughout the year. The event coordinators were Diane Harbaugh, honorary life member, and Denny Tarbell, PDD, Lodge Advisor.

Pictured are Sandra Nikitich of Islamorada and Christina Veath of Tavernier, grand champions; Mia Diaz of Miami, who caught the largest dolphin; and Callie Diehl with Mate Jesse Hall and Captain Skye Stanley. 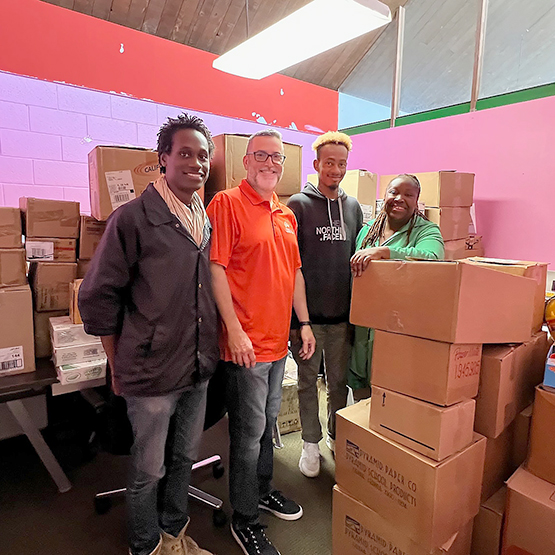 On May 31, Miami Elks Lodge #948 donated a trailer-load of school supplies courtesy of Florida Elks Charities to the Belafonte TACOLCY (The Advisory Committee of Liberty City Youth) Center in Miami, Florida. Laz Suarez, Florida State Elks Association Marketing Manager and Miami Lodge member, was given a tour of the facility. According to its website, the TACOLCY center reaches over 5,000 youth and parents annually and is a nonprofit organization in Liberty City (a neighborhood in Miami) offering “a safe haven where children, youth, young adults, families and mentors come together in a variety of activities to strengthen the bonds and skills that produce healthy, educated, confident and compassionate leaders of tomorrow.” 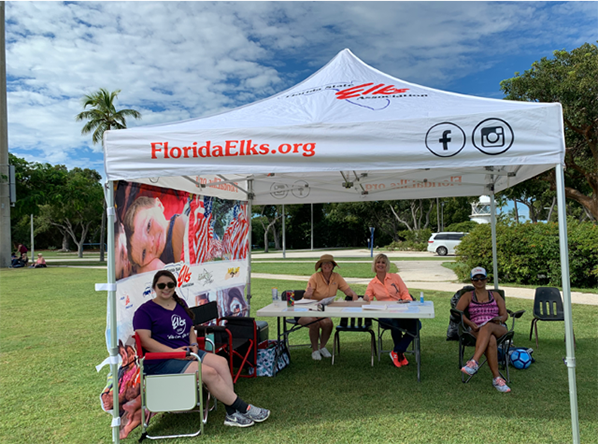 On Nov. 14, Florida Keys Lodge held its lodge-level Soccer Shoot and hosted 40 community children from ages 5 to 14. Six participants moved on to the district competition and two placed first to go on to the state Soccer Shoot Jan. 8. 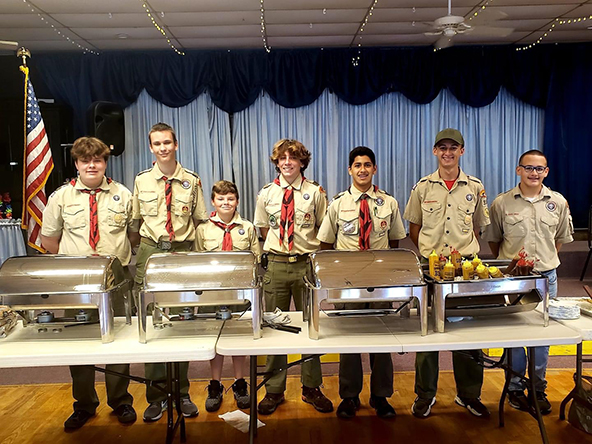 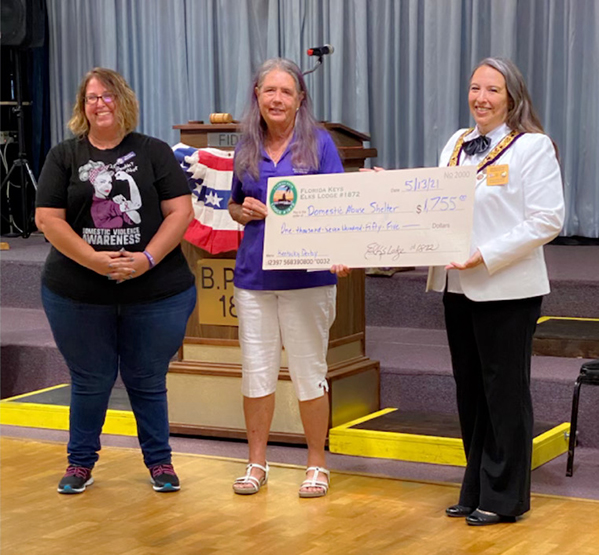 On May 1, Florida Keys Elks Lodge #1872 held its 2021 Kentucky Derby benefit and raised $1,755 for the Domestic Abuse Shelter of the Upper Keys. This fun event was very well received in the community with more than100 members and guests in attendance. A check was presented to the organization during the May 13 lodge meeting. Pictured are Laura Springer, victim advocate; Sheryl Schwab, executive director of the Domestic Abuse Shelter; and Angela Sayre, Exalted Ruler. 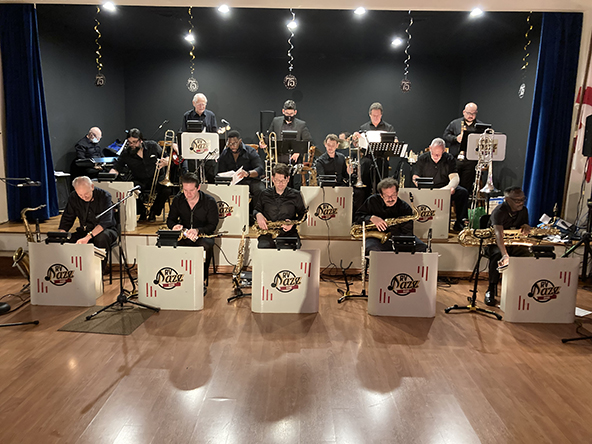 On Feb. 13, South Miami/Coral Gables Elks Lodge #1676 held its annual charity ball. Because the lodge was chartered July 18, 1945, they celebrated 75 years with the 16-piece Rich Vanderburg Big Band, who volunteered their services. The event raised $4,700 which will be used toward the lodge’s Harry-Anna Trust Fund and Elks National Foundation per capitas. 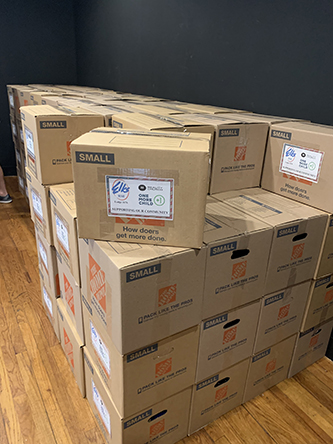 On March 20, South Miami/Coral Gables Elks Lodge #1676 teamed with One More Child & Reality Church to distribute food to 125 South Dade families in need. Reality Church brought 20 student volunteers from Georgia Southern University to the lodge to help pack. The students were in Miami for a mission trip with Reality Church, which is part of the North American Mission Board (NAMB). The students and lodge members packed each box with 24 pounds of canned goods, consisting of a variety of vegetables, pasta, sauce, tuna, mayo, pancake mix, syrup, oatmeal, mashed potatoes, rice and fruit snacks. The food and boxes that were used for packing the food were purchased with an Elks National Foundation Beacon Grant. 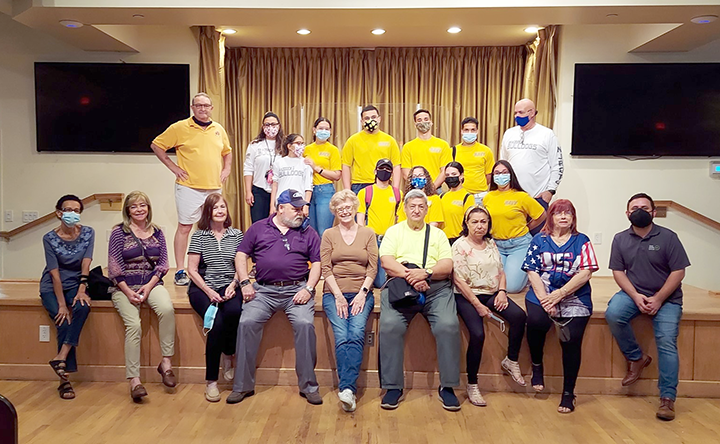 On Feb. 28, members of Cornerstone Church of Miami along with members of Miami Elks Lodge #948, the JROTC program at G. Holmes Braddock High School and the One More Child organization gathered at the lodge to pack 350 bags of food for the local community suffering from food insecurity. The food was purchased using $1,000 from the lodge charity fund and $1,500 from the church. New lodge member John Martinez supervises this JROTC program and brought several of the cadets (in yellow shirts) to help. 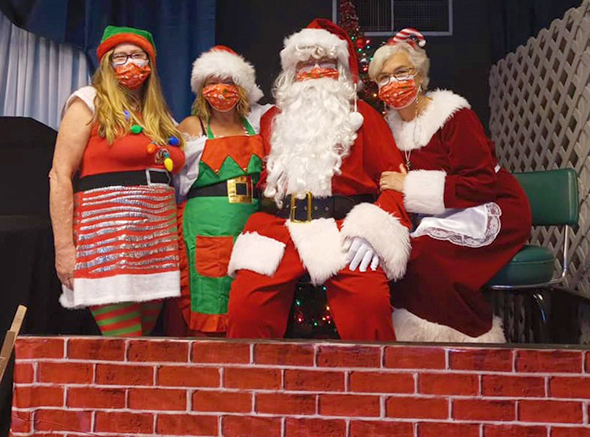 Florida Keys Elks Lodge #1872 used its Elks National Foundation Beacon Grant to hold a breakfast with Santa Dec. 5 with more than 100 children and family members in attendance. Families enjoyed breakfast, tableside activities and a singalong. Mr. and Mrs. Claus made their appearance and provided social distancing while family photos were taken in the Christmas sleigh. All children received personalized gifts and goody bags to take home. The afternoon highlight was a performance by local magician, Michael Trixx, who entertained everyone with his extravagant show. Many members were involved in putting this community event together for a day of fun. Pictured are Brenda Cockrell, Exalted Ruler; Nikki Johnson, member; and Mr. and Mrs. Claus. Also shown are gifts purchased for the children and one of the children dressed up to see Santa Claus. 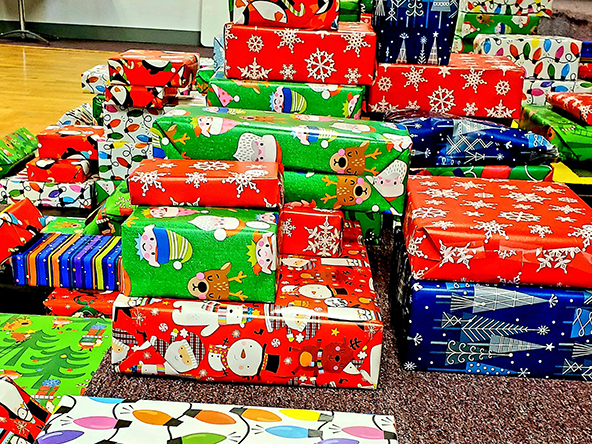 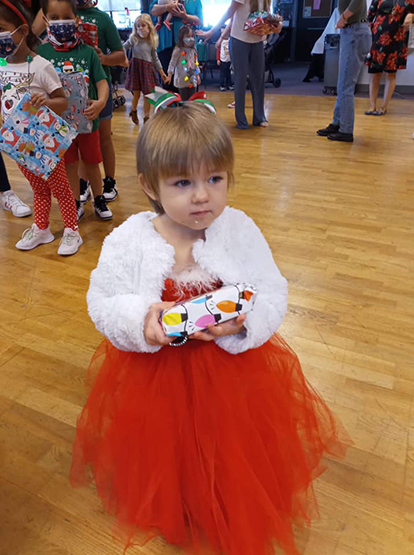