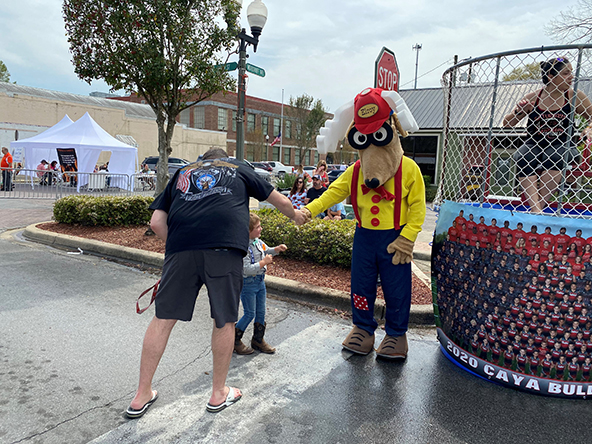 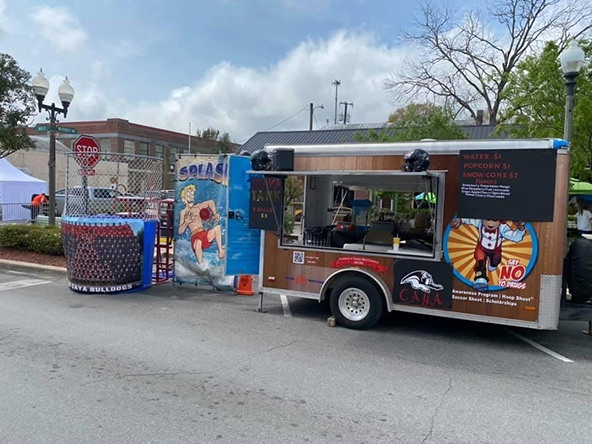 On March 27, Crestview Elks Lodge #2624 had the drug trailer at the annual Crestview Triple B BBQ Festival. They partnered with the Crestview Area Youth Association (CAYA), a local youth football and cheer organization for children ages 5-12, and Crestview’s wrestling club. All three organizations had a booth and Elroy the Elk visited with many children and took photos. The three groups also shared a dunk booth. It was $5 for three throws and the dunk tank was a CAYA and wrestling fundraiser. Anyone who threw at the dunk tank receive a drug awareness sticker and ribbon from the Elks. They gave out 200 stickers and ribbons. They also passed out lodge information and secured two membership applications.