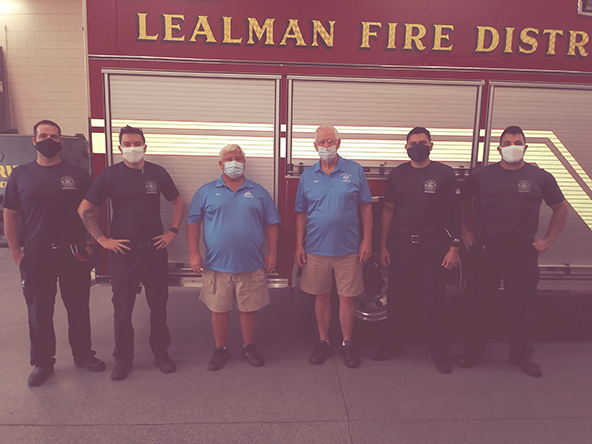 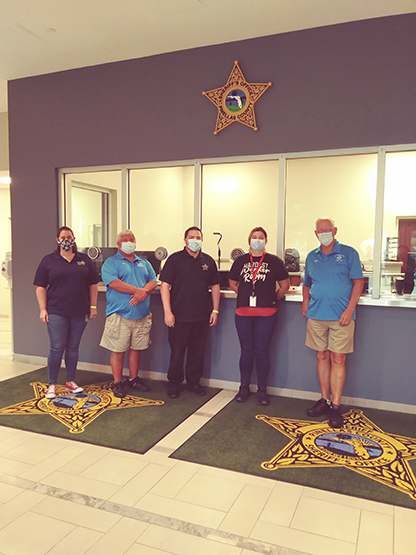 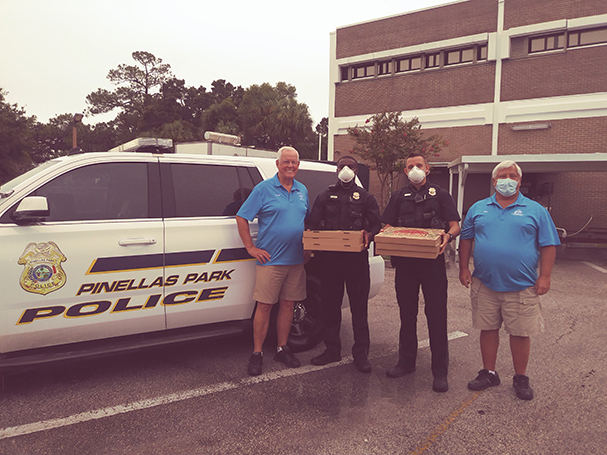 On July 23, St. Petersburg Lodge members donated and delivered 24 pizzas to first responders. When you’re in the middle of a crisis, sometimes the easiest things are forgotten, including a meal while you’re working. "Our goal with this donation was to take care of the people who take such great care and protect us. We wanted them to know that they are appreciated and honored at this critical time. It was a privilege to be able to offer some form of comfort to those who have been working literally nonstop,” said Doc Cook, Exalted Ruler. Cook and Kirk Martin, Inner Guard, made four deliveries — six pizzas to Lealman Fire and Police, eight pizzas to the Pinellas County Sheriff’s Office Communication Center, six pizzas to Pinellas Park Fire & Police and four pizzas to Kenneth City Fire & Police. With a generous discount, the lodge spent $260 for the meals which gave the first responders a chance to sit down, eat something warm and get a nice break. Cook received immediate feedback when he dropped the meals off at these organizations and he could tell that there were big smiles beneath the face masks. The first responders know that they are supported by the community. Pictured at Lealman Fire Department and Rescue are Michael Harris, Tim Bennett, Doc Cook, Kirk Martin, Bill Vasquez and Chris Cobos. Pictured at the Pinellas County Sheriff’s Office Communication Center are Tessa Jones, Doc Cook, Stephen O-Boyle, Kristen Dudash and Inner Guard Kirk Martin. The names of those pictured with Kirk Martin and Doc Cook at Pinellas Park Fire and Police Department were not available.