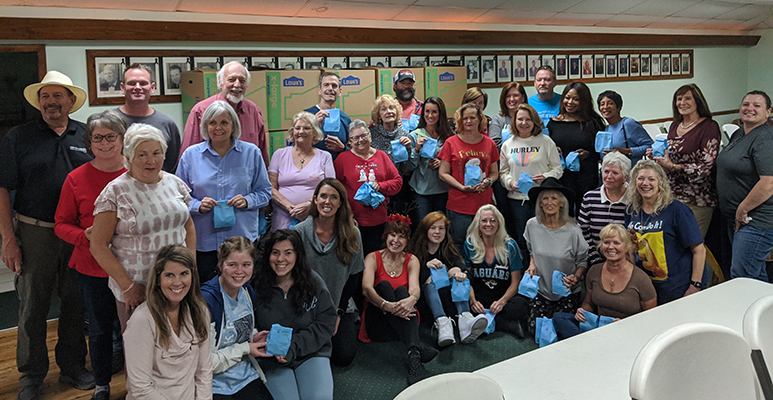 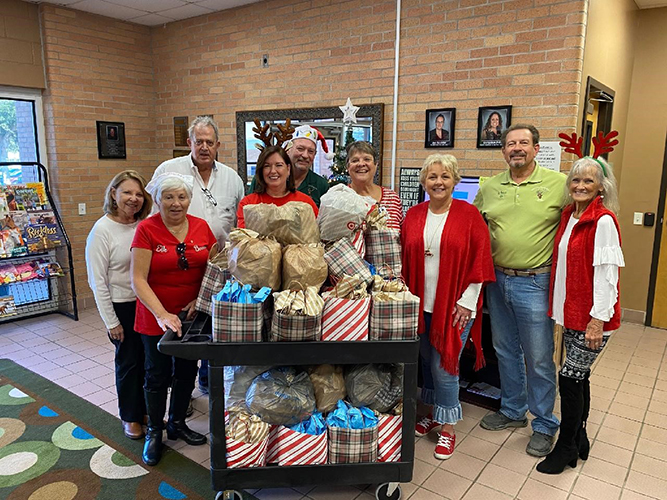 A total of 32 Green Cove Springs Lodge Elks and volunteers gathered to sort and pack 3,000 jewelry gift bags. The jewelry was received through a donation to the Florida State Elks Association. Throughout the first two weeks of December, Elks volunteers delivered the bags to five elementary schools as well as a local women's shelter and senior center for children to present to their family members as gifts.

Pictured Nov. 28 are the Elks and volunteers packing the jewelry bags. 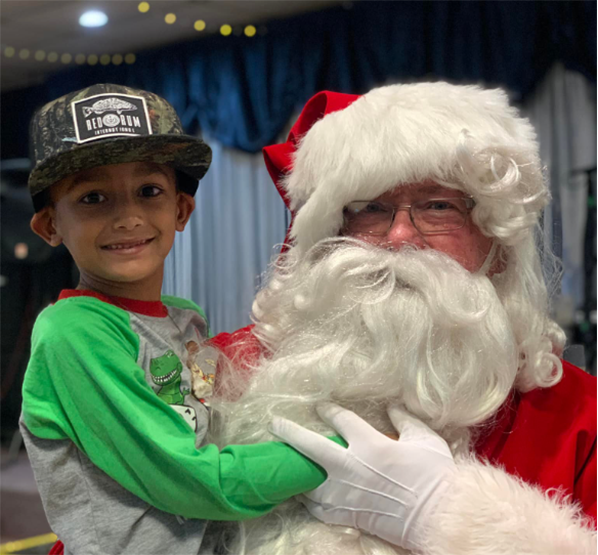 Venice-Nokomis Lodge Holds Food Drive for those Affected by Pandemic 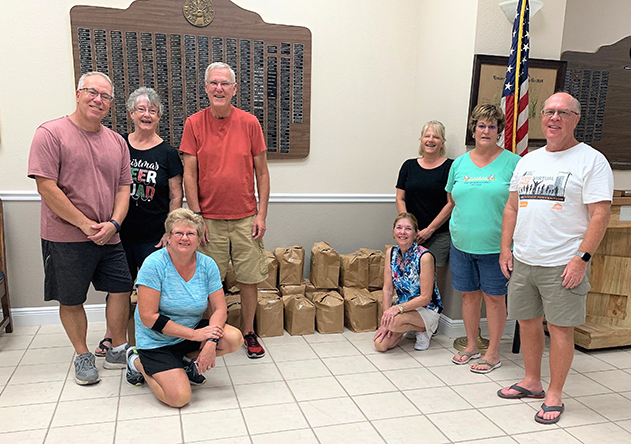 From Nov. 1 to Nov. 22 and from Dec. 1 to Dec. 20, Venice-Nokomis Elks Lodge #1854 held a food drive for 70 families for Thanksgiving and Christmas. Along with what members and the community donated, the Elks National Foundation Beacon Grant was used to assure healthy and balanced meals. For several Saturdays, members sorted and packed food. They also provided food to Laurel Civic Center, which needed food for their aftercare program, and the local food bank. The pandemic has made it difficult for families to handle their most basic of needs and the Elks are committing to helping.

West Citrus Lodge Donates $500 Worth of Donations to Food Pantry

Details
Written by Brian Estus, PER 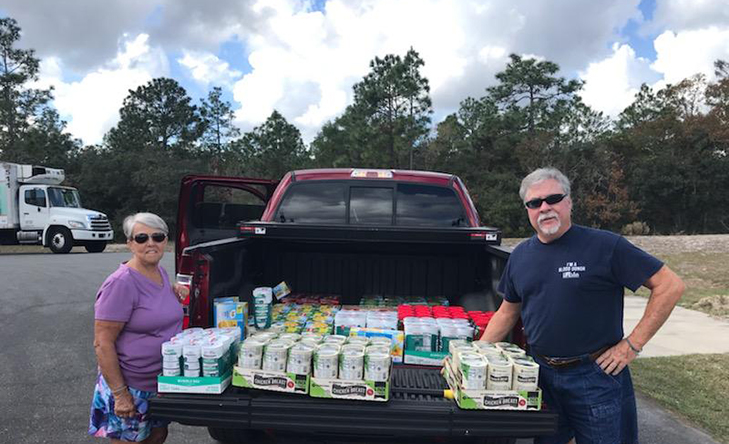 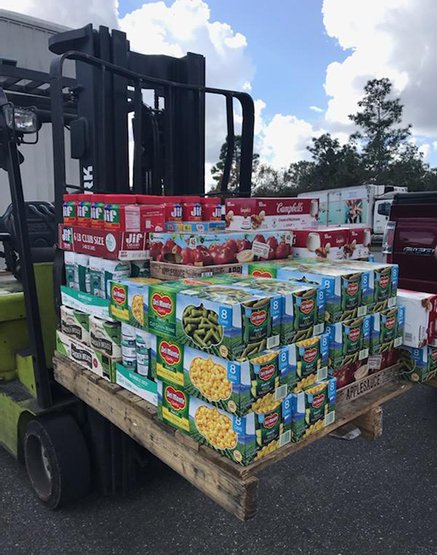 On Dec. 15, West Citrus Elks Lodge #2693 used $500 from its Elks National Foundation Spotlight Grant to purchase food for the WE Care Food Pantry in in Homosassa, Florida. 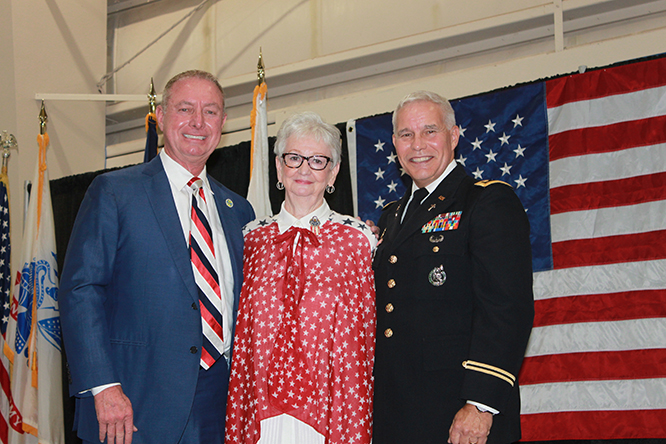 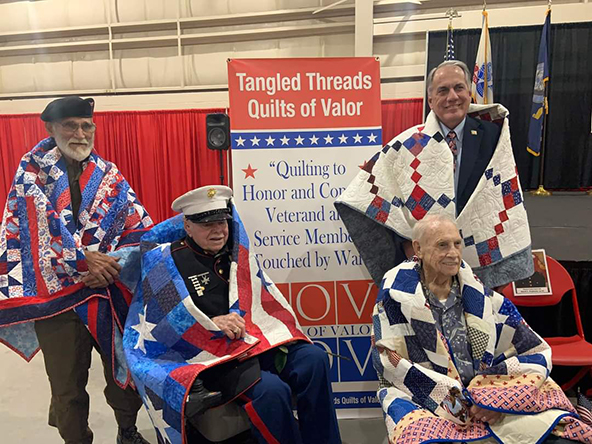 Plant City Lodge member Judy Wise is extremely dedicated to veterans causes. For the third year, she and fellow lodge members organized the annual “Plant City Honors our Veterans and Active Military” event, held Nov. 14 at the TECO Expo Hall at the Strawberry Festival Grounds in Plant City, Florida. It was considered to be one of the largest veterans events in Hillsborough County. Wise starts with the $2,500 Elks National Foundation Freedom Grant and builds on this with community and Elk involvement and contributions as well as the support of local dignitaries. The event had 485 in attendance. Most were veterans with their significant others, and they all received a free meal of barbecued pulled pork, macaroni and cheese, and slaw. Elks Past National President and Plant City Lodge member, Michael Smith, shared some Elk history, local Durant High School Air Force JROTC gave the presentation of colors, and Plant City’s Scout Pack 744 walked on the stage with U.S. military flags representing each branch of service. Florida State Senator and former executive director of the Florida Department of Veterans’ Affairs, Danny Burgess, was the keynote speaker. As a token of appreciation, Wise was presented the Chaplaincy Care Coin of Excellence typically only presented to first responders and military members. She said, “the veterans are my heart, they always have been.”

Sebastian Elks and Ladies of Elks Collect for Toys for Tots 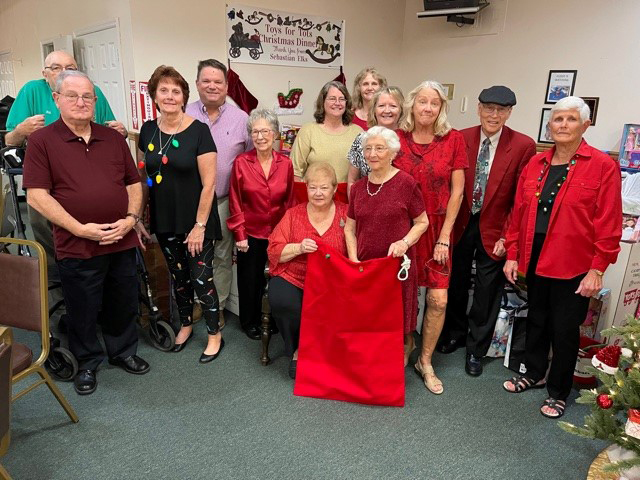 Sebastian Elks Lodge #2714 and its ladies organization, the EL-DOEs, have been supporting Toys for Tots of Indian River County for more than 20 years. This year the event kicked off Nov. 1 and ended with the EL-DOEs hosting the annual dinner dance Dec. 11. More than 11 boxes of toys, a half dozen bikes and several scooters as well as $240 in financial donations were collected.