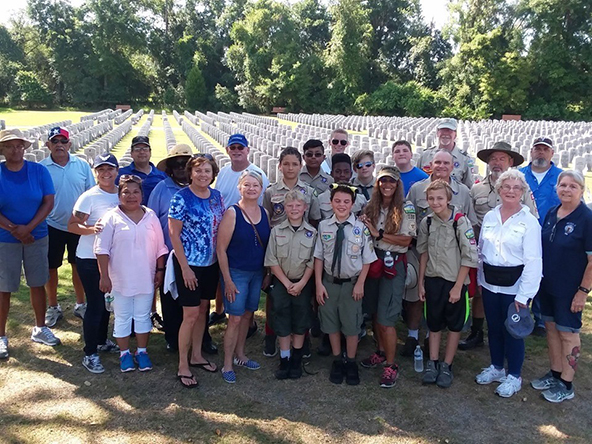 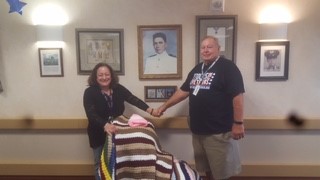 On June 5, Zephyrhills Lodge donated beautiful crocheted afghans and caps to Baldomero Lopez State Veterans Nursing Home in Land O’ Lakes, Fla. The yarn was donated by members and the afghans were lovingly made by the Happy Hookers, a group of women from the housing community Highlands of Scotland Yard who are members of the lodge. Pictured are Johanna Snee, Activities Director, and PER Ken Fabiani, Veterans Committee Chairman.

Details
Written by Richard Kampf, PER

Cape Coral Elks Lodge #2596 combined its Elks National Foundation Spotlight and Gratitude grants and is providing much-needed help to homeless veterans transitioning to permanent housing. The $4,000 is being used to provide bedding, blankets, flatware, dishes, bath towels, bath tissue, laundry detergent and kitchen utensils to veterans who are being placed into housing by the U.S. Department of Housing and Urban Development. The lodge partnered with HUD and the Veteran Administration Hospital in Cape Coral, Fla., to identify veterans in need. In addition, Lodge members donated gently used furniture and clothing to the veterans to further help them in starting their new lives.

We received your box sent to the 9th Air Expeditionary Task Force located at Headquarters Resolute Support in Kabul and we thank you from the bottom of our heart. I would say keep sending them here because the mail room distributes them to different sections.

The country (USA) is focused on many strategic threats, and Afghanistan has been going on for so long that it just seems mundane. However, just to give you some insight on the progress here, the Afghan Army and Air Force are taking more and more ownership of their country. There are some real Afghan heroes and patriots fighting as hard for their country as we do — and often puts them and their family at great risk. It’s been a long road, and there’s still a long ways to go — but there are exciting signs that progress, though glacial, is being made.

We thank you for your thoughts and prayers. There is a direct tie to the great work the men and women are doing here to securing your safety back home. But you also have a direct tie to their resilience day in and day out, helping them stay focused and motivated.

A little bit about the 817th EASOS. We are the most diverse Air Support Operations Squadron (ASOS) in the world. We have Staff Weather Officers (SWO) scattered across Afghanistan which own/maintain 80% of the weather sensors in the country. Afghanistan, due to topography, has six very different weather systems which they have to interpret and provide weather forecasts to the many Attack and Airlift Helicopters and the Unmanned Intelligence assets in the country. This allows our Intelligence, Surveillance, and Reconnaissance Liaisons (ISRLO) to help the Army gather and develop target information. That information is passed to the pilots which are command and controlled by our Air Support Operations Center (ASOC). With all the different fighter aircraft provided by the USAF, USN and USMC, the ASOC makes sure the right aircraft gets to the right mission at the right time. Then finally, we have Joint Terminal Attack Controllers (JTACS) who are on the ground observing the target area. They work directly with the pilots overhead to make sure the right bomb gets to the right target at the right time. As you can imagine, they have a very important job making sure that fast-moving jets and the bombs they drop are deconflicted from helicopters flying around and the friendly troops on the ground.

The 817th EASOS is involved in every level of tactical operations in Afghanistan. I’m a proud papa and wanted to give you a better idea of who we are and where your care package ended up.

Have a good one, and we love all our supporters. Little things make such a big difference here and we are eternally grateful. 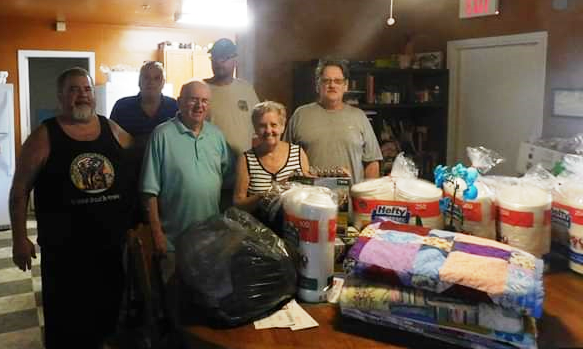 On May 25 using $1,200 from the Elks National Foundation Freedom Grant, the Veterans Committee of West Citrus Elks Lodge #2693 purchased some mattresses, bedding, cleaning supplies and personal hygiene items for Mission in Citrus Inc., a shelter for veterans who are homeless. Pictured with three residents are Jim Sleighter, manager of the Mission; and Frank and Carol Hayes, members of the Veterans Committee. 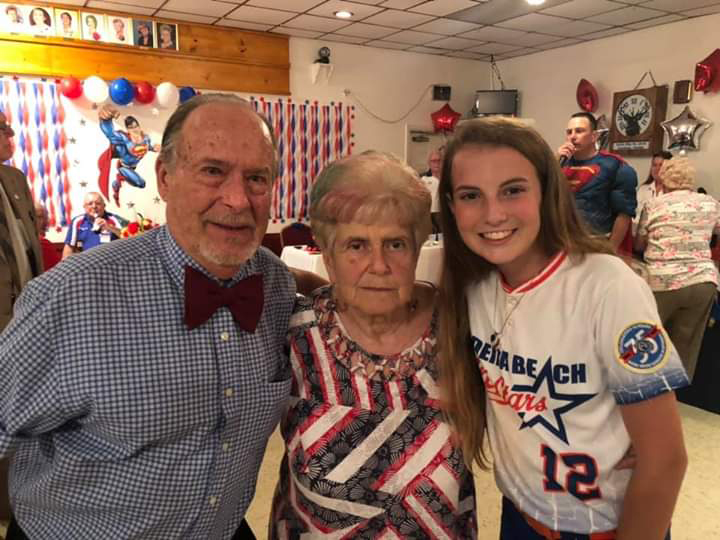 On June 8 at the West Central District Vice President visitation, Graci Tubbs, seventh-grader and founder of Operation Military Matters (OMM) was the guest speaker. According to the website www.operationmilitarymatters.com, what started as a class project by Graci when she was in fourth grade is now a nonprofit organization. After she heard veterans speak at a Veterans Day assembly at school, she started collecting items to send to military members overseas to show her support. During the Elks event, Seminole Elks Lodge #2519 donated $500 to OMM. Then a bucket was passed around and those in attendance contributed an additional $634.

Details
Written by Ken Fabiani, PER 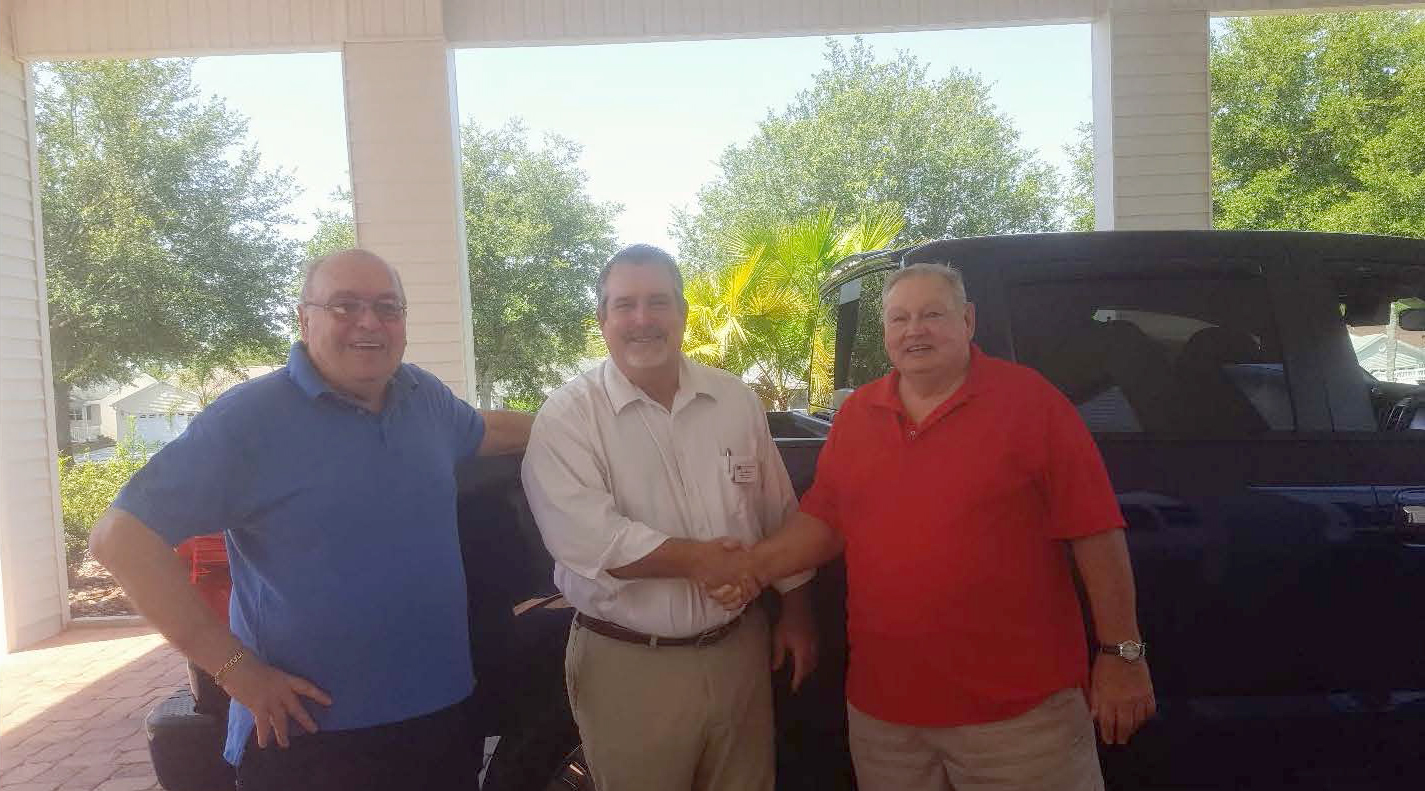 Residents from The Highlands at Scotland Yard in Dade City, Fla., donated clothing for veterans in need at James A. Haley Veterans Hospital in Tampa, Fla., May 15. At the hospital, members of the volunteer services handle the distribution of the clothes. Pictured at the donation presentation at The Highlands are Jim Sullivan, Zephyrhills Lodge member; Scott Brown, manager of The Highlands; and Ken Fabiani, PER, Veterans Services lodge chairman. 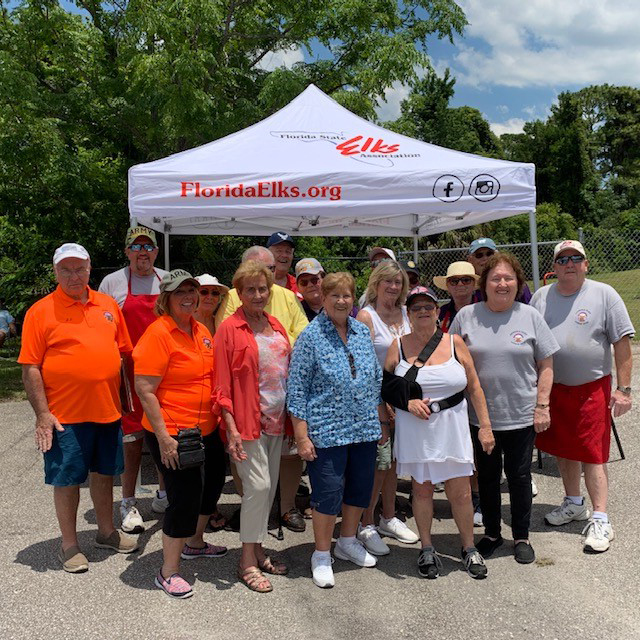 On May 18, members of Aripeka Elks Lodge #2520 held a car show at the lodge with 65 show cars. The event was open to the public; over 100 people attended. More than $1,000 was raised to support the Parade of Heroes, a program in which the Florida State Elks Association participates that allows veterans to visit Washington, D.C., for three days where they are honored for their military service in defense of this country.

Details
Written by Ken Fabiani, PER 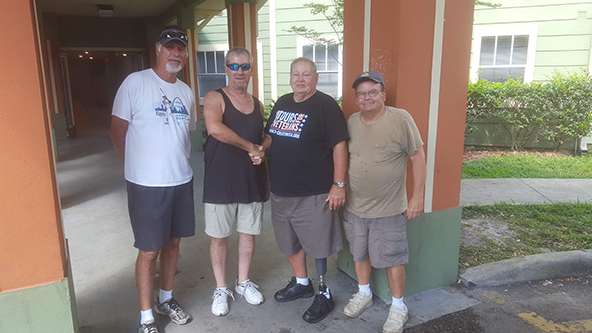 On May 15, Zephyrhills Lodge helped furnish the home of veteran John Reese (second from left) who has moved out on his own. When a veteran leaves the domiciliary, they are only provided with a place to live, so the lodge has taken on the task of collecting donations of home furnishings to help the veterans in their transition. Members Dave Crotty, PER Ken Fabiani and Tom Pete are pictured delivered the furnishings. 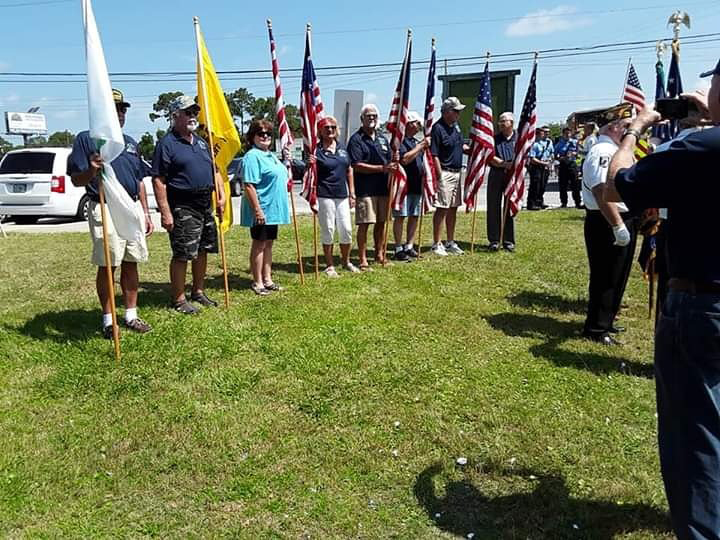 On May 27, members of Holley-Navarre Elks Lodge #2787 participated in the annual VFW Memorial Day ceremony hosted by the Navarre VFW at Navarre Park in Navarre, Fla. Over 100 members of the public attended this annual ceremony. Every year, the lodge participates in the flag ceremony along with local Boy Scouts, Krewes and other charitable organizations. Lodge members held full-size flags during the prayer and during the honoring of our fallen heroes. Along with wreaths from the other organizations, Holley-Navarre Lodge placed a wreath at the base of the town's flag in Navarre Park.

Veterans and their Helpers Enjoy Lunch at Englewood Lodge 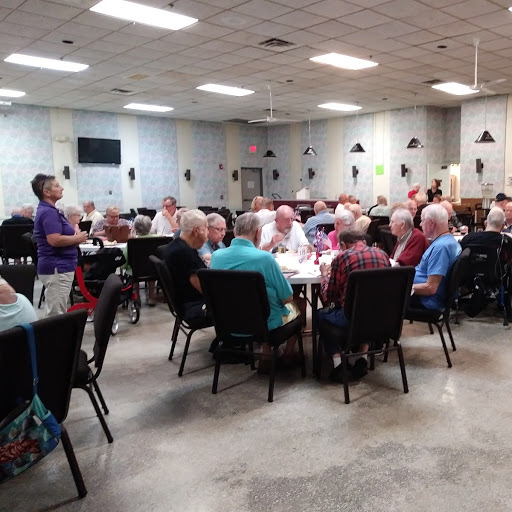 On May 17, Englewood Elks Lodge #2378 hosted a luncheon for community veterans from area nursing facilities including Gran Villa in Englewood, Fla.; Englewood Healthcare and Rehab; Heritage Oaks in Englewood, Fla.; Springs of South Biscayne in North Port, Fla; and Brookdale Rotonda Senior Living in Rotonda West, Fla. A total of 101 veterans and their helpers attended. The meal concluded with a veterans-themed sheet cake. 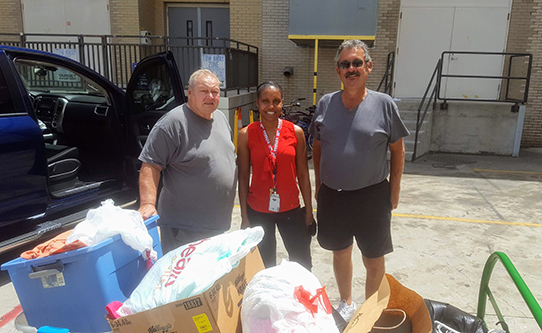